Lautex awarded as the Entrepreneur of the year, in Municipality of Vihti

Lautex awarded as the Entrepreneur of the year, in Municipality of Vihti 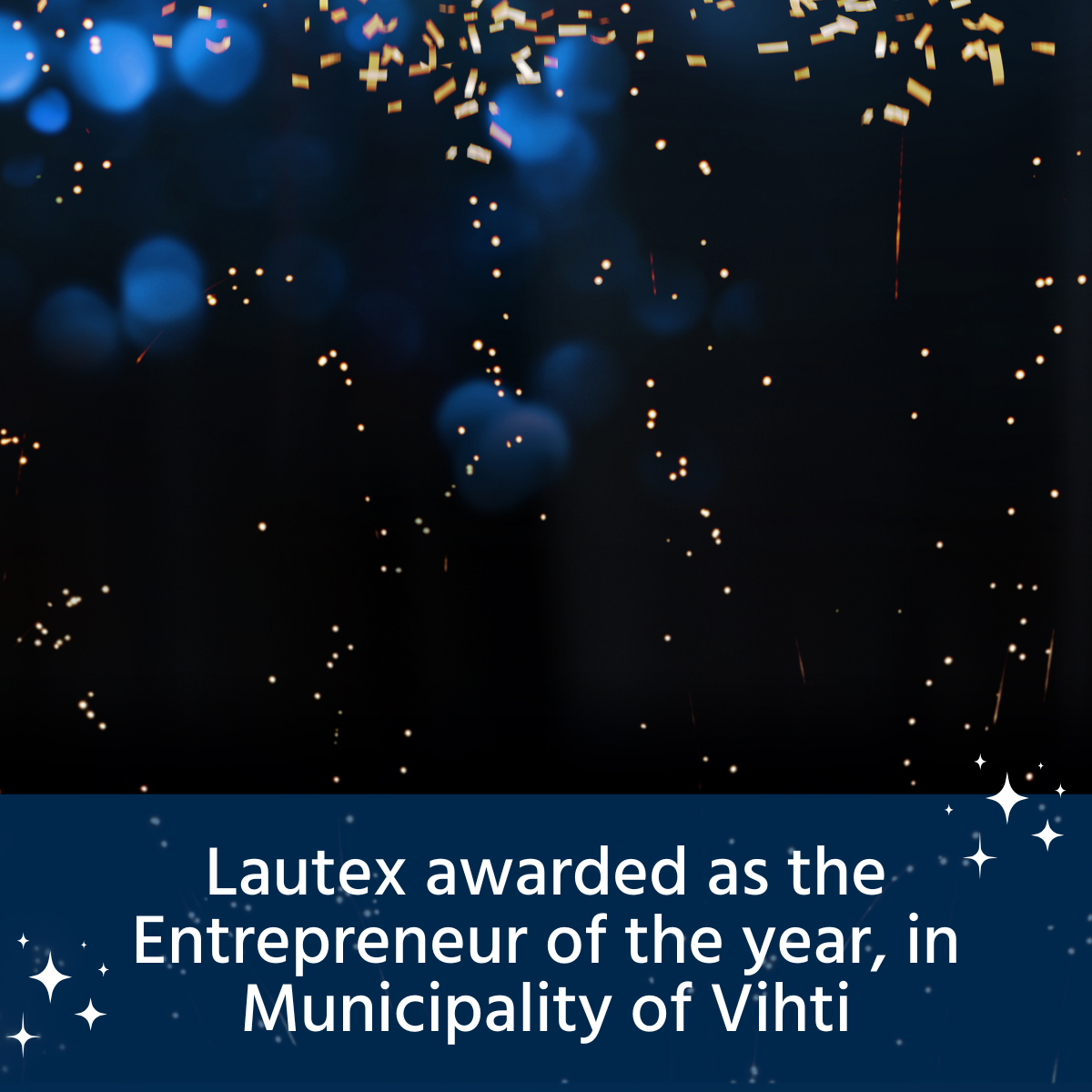 Oy Lautex Ab, which manufactures metal suspended ceilings, has received Municipality of Vihti’s the Entrepreneur of the year 2022 award. The award was received by Lautex’s CEO Arvid Segercrantz together with his wife at the Vihti’s entrepreneur-gala on October 29, 2022.

– City of Nummela is excellent for entrepreneurship, says Segercrantz.

Lautex is one of the oldest industrial companies in Vihti. It has operated in the area since 1964. In addition, Lautex has been a significant employer in Vihti for decades. From one local family, there might be several members working for Lautex.

- The Entrepreneur of the Year title is a great recognition of the work we do in this area, says Segercrantz.

The traditional and prestigious Municipality of Vihti’s the Entrepreneur of the year award has been awarded since 1981. The purpose is to raise the appreciation of entrepreneurship and entrepreneurs in Finland. Segercrantz agreeds and hopes that the importance of entrepreneurship for society as a whole would be brought out more.

We are using cookies. Find out more or switch them off in settings.

This website uses cookies so that we can provide you with the best user experience possible. Cookie information is stored in your browser and performs functions such as recognising you when you return to our website and helping our team to understand which sections of the website you find most interesting and useful.

Strictly Necessary Cookie should be enabled at all times so that we can save your preferences for cookie settings.

This website uses Google Analytics to collect anonymous information such as the number of visitors to the site, and the most popular pages.